The "flying whale" is compared with the current civil aviation aircraft.

Tilting the engine makes it easier to fly and fly. 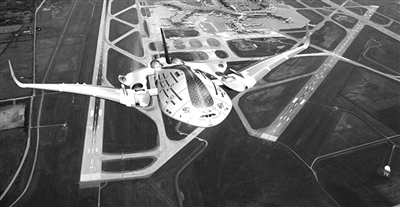 The unique power system allows the "flying whale" to take off and land at smaller airports. 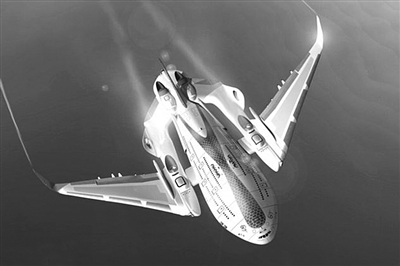 In the event of an emergency in the passenger aircraft, the wing can be separated from the fuselage.

In Hayao Miyazaki's animation, the castle of the magician Hal can move and fly, which seems like an incredible fairy tale. But with the advancement of technology, flying castles may not be just dreams. Spanish engineer Oscar Winners is trying to achieve it. He plans to build a giant aircraft called "flying whale". Passenger capacity will be several times that of current passenger aircraft, and it will be more luxurious, safer, and more dreamlike. It will be the future "Titanic" in the sky.

In a recent report in the British "Daily Mail", it seems that the "flying whale" designed by Oscar Winners may herald the "future of air travel."

Like the luxury cruise ship at sea, the most significant feature of this airliner that may become the future "cruise ship" is "hugeness." According to the design of Vines, the "flying whale" wingspan will reach 88 meters and the captain will reach 77 meters. At present, the Airbus A380, known as the "Air Giant," has a wingspan length of 80 meters and a length of 72 meters. The huge body will allow the "flying whale" to accommodate three decks and can carry up to 755 passengers.

From the design drawings, compared with other civilian airliners, "flying whale" is more like a spacecraft.

The "flying whale" body is streamlined and is surrounded by a U-shaped power fuselage device and uses a tilting engine similar to that of the British U-shaped vertical takeoff and landing fighter.

Oscar Vernells told the media that the use of a tilted engine means that the engine can be tilted 45 degrees. This way, the "flying whale" can land on any small airport runway in the world even in a short distance, despite its large size. When the aircraft takes off and lands, the tilt angle of the engine is controlled by the sensors of the flight-by-wire system distributed on the surface of the aircraft, so as to maximize the safety of the aircraft.

Vinenis believes that the entire "flying whale" aircraft will be made entirely of new ceramic or fiber composite materials. Each technology will also be devoted to reducing flying resistance, reducing fuel consumption and body weight, and will be the greenest and most environmentally friendly in the future. One of the aircraft.

Luxury passengers enjoy the best of the air

Flexible wings can be detached in distress

The cutting-edge design of the "flying whale" is also reflected in its wings.

The "flying whale" is designed as an "in-flight cruise" for medium- and long-distance flight. During a longer flight, the aircraft will not need to refuel, but will instead rely on the use of tiny solar cells on the wing, which will fly over the Earth. When sufficient solar energy is converted into kinetic energy, it provides electricity for the aircraft. The "flying whale" wing will also be equipped with a hybrid turbine electric propulsion system to make it safer and more efficient.

Not only that, the â€œflying whaleâ€ wing is actually an â€œactive bodyâ€ on the entire aircraft. If there is a problem with the aircraft that requires an emergency landing, the wing will be automatically separated from the passenger compartment, thus reducing the possibility of the crash.

For the flying wings of the "flying whale", Oscar Vernells said that the aircraft was designed to be double fuselage in order to save most people's lives in the event of an accident. He said: "This type of twin fuselage design that separates the wings and the fuselage from each other is a safety guarantee. If the aircraft encounters an emergency, the wing will actively separate from the fuselage and keep the passengers away from the parts that may explode and catch fire. In order to maximize the safety of personnel."

In addition, the ceramic fiber composite material and the memory metal that make up the â€œflying whaleâ€ wings also make them damaged during flight, and can be self-repaired, automatically adjusted to the best state of flight, and ensure the safety and stability of the flight process.

Vines said that all designs on the "flying whale" aircraft will use the latest technological achievements to achieve the purpose of reducing drag, reducing noise, reducing fuel consumption, and reducing the weight of the aircraft, thereby turning the "flying whale" into a 21st century. Green environmental protection aircraft.

"I would like to call it a combination of modern aircraft and future designs," said Viners. (Han Xuyang)

Sausage Guillotine is a tool for slicing hot dogs, sausage, ham, cheese and other food. The sausage guillotine produced by our factory is mainly made of high quality rubber wood.The blade is made of 2cr14 stainless steel, which is smooth and won't stick food. The blade is sharp and durable.It's beautifully wrapped for business gifts or employee benefits.