Pumped storage is a good way to store energy, but in many places, building a dam is either impossible or water resources are too valuable. A Swiss startup called Energy Vault has designed an energy storage system, which is also a viable alternative to pumping hydraulics: instead of using water and dams, the company uses concrete blocks and cranes.

Up to now, about 96% of energy storage dams in the world use the same technology: pumped storage. Whenever power generation exceeds demand, excess electricity is used to pump water into the dam. When the demand exceeds the amount of electricity generated, due to the influence of gravity, the water level will drop, so that the turbine generates electricity.

However, pumped storage requires a specific geographic location, and not all places can be stored in this way. To this end, a Swiss startup called Energy Vault designed an energy storage system, which is also a viable alternative to pumping hydraulics: instead of using water and dams, the company uses concrete blocks and cranes.

Here is how it works: In the middle is a 120-meter-high six-arm crane. In the initial state, each 35-ton concrete cylinder is neatly stacked underneath the crane arm.

When there is excess solar or wind energy, the energy storage system will remotely control the camera connected to the crane arm trolley through the control system, guide one or more crane arms to hook on the concrete block, and then use the excess energy to stack the concrete block. The figure below is a demonstration unit, which is only 10% of the actual unit. 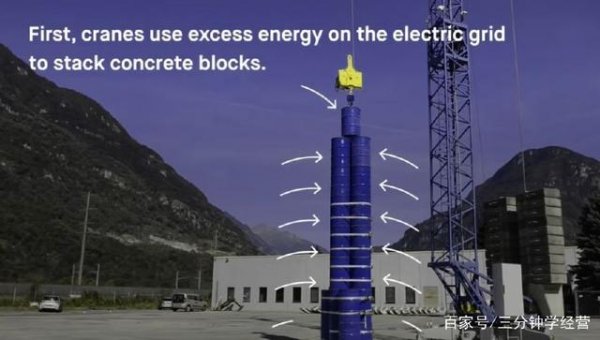 Then, when the solar or wind energy is insufficient to meet the demand, the concrete block is lowered to drive the generator to generate electricity. 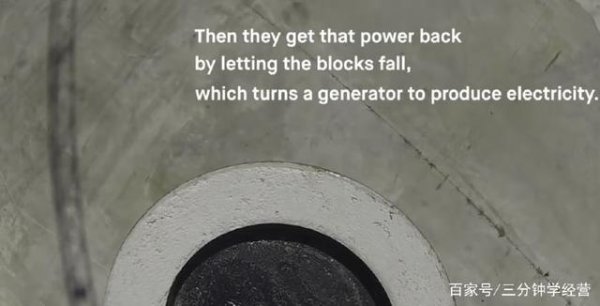 This is actually similar to pumped storage, which stores energy by pumping water to a high-level reservoir, and turns the turbine to recover energy by letting the water fall.

But in many places, building a dam is either impossible or water resources are too precious.

The use of this method of stacking concrete blocks to store energy is very basic and maximizes efficiency. 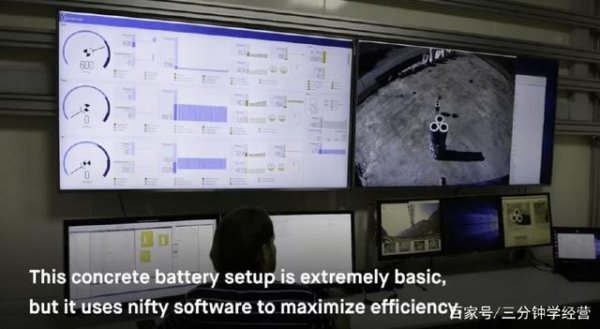 Next, the company hopes to build a larger operating module, planning to use a 120-meter-high crane and each concrete block weighing 35 tons. 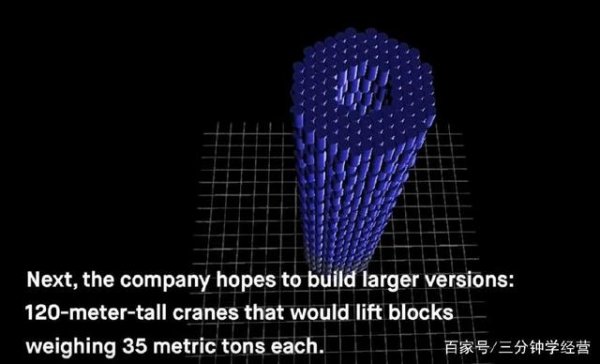 When the crane forms a concrete block tower around it, the system is "fully charged", and when the total energy stored in the tower is 20 MW, it is enough to power 2,000 Swiss homes all day.

When the grid is running insufficiently, the generator uses gravity to drive electricity. In addition, the utilization efficiency of the system is 85%, which is equivalent to 90% utilization efficiency of lithium-ion batteries. However, the Energy Vault factory can run for 30 years, requires little maintenance, and has a very low cost, which is an advantage that lithium batteries do not have.